At the territory of Croatia, a certain kind of fire protection can be traced back as far as the time of the Roman Empire. In all larger towns, there was a certain level of protection present, provided by professional military fire brigades or by the guilds who were obliged to participate in firefighting. In the early Middle Ages, this area had no knowledge of organised firefighting, as it was the case in the Roman period, but there was certainly some protection level present provided by village and town guards that would alarm the inhabitants in case of the outbreak of fire.

Although already in the period of developed middle and early modern time, some towns  had regulations related to fire protection, as well as organised firefighting in accordance with the possibilities of that time, the history of modern organised Croatian firefighting based on the work of voluntary fire brigades and professional fire brigades started with the foundation of the First Croatian Voluntary Firefighting Brigade in Varaždin in 1864. The first professional fire brigade was founded in 1863 in Rijeka. After that followed the foundation of fire departments in Sisak in 1865, in Otočac in 1868, in Ludbreg in 1869, Zagreb in 1870, Karlovac in 1871, etc. Until 1900 there were 165 departments founded.

The increased number of fire departments raised the question of establishing an organisation that would unite the existing departments and work on better organisation of firefighting, which triggered the foundation of the Croatian-Slavonian Firefighting Association in 1876. The first president of the Association was Gjuro Stjepan Deželić (1838 – 1907), father of Croatian firefighting. The goal of the Department was to strengthen the firefighting organisation, to increase the number of units, to take care of the equipment and training of firefighters, to keep records of interventions, and to perform other activities on promoting the fire fighting.

After the First World War, the Department continued to act within the scope of the State, later the Kingdom of Serbs, Croats and Slovenes. In the Kingdom of Yugoslavia, the organisation was forced to change its name into Firefighting Association of Savska Banovina. The Association acted also in the Banovina of Croatia (1939 – 1941). During the Second World War, the Association changed its name into Fire Fighting Association of the Independent State of Croatia, while a part of fire brigades was included into the National Liberation Movement.

After the Second World War, the firefighting units were renewed and the “firefighting police” established in towns. The Department continued its work in 1949 under the name Union of Voluntary Fire Brigades, and in 1955 it changed its name into Firefighting Union of Croatia. That period was marked by the increased number of fire brigades, and by the strengthening of industrial fire brigades in Istria, Primorje and Dalmatia.

In the period of the Homeland War (1991 – 1995), the firefighting organisation was struck hard first of all by the deaths of a large number of its members, destroyed and seized equipment, as well as by destroyed fire stations and storehouses. The name Croatian Firefighting Association was returned in 1993. After the end of the war, the fire fighting was gradually renewed.

In spite of difficult conditions in which it has been developed, the Croatian Fire Department is a very firm and well organised union today, being very significant for Croatian society, both with regard to fire protection, as well as to all other segments that it is dealing with. There are over 1800 voluntary fire brigades active today in Croatia, 62 professional brigades in towns, with 150 000 members, and 20 000 operative fire fighters who are the main power in the protection and rescue system in the Republic of Croatia. 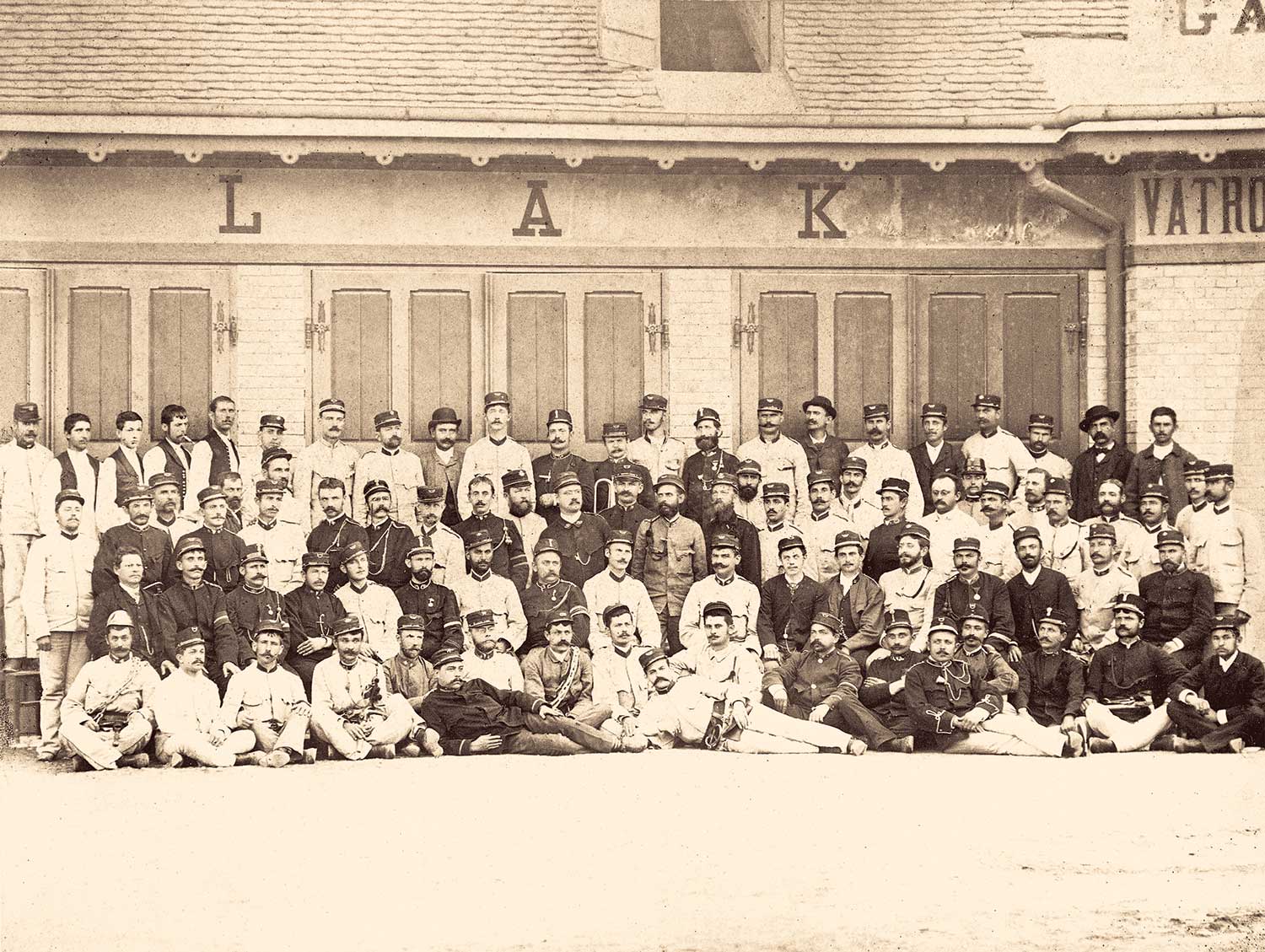